In Passengers, Jim Preston is woken up from his cryogenic state after the spaceship passes through an asteroid belt. From that moment, processes begin to malfunction and things start to fail. Preston tries to figure out what's going on without success until the captain explains that one of the rocks has penetrated the shield and damaged one of the main computers.

He explains that even though this main computer has been heavily damaged, the processes running in it have been distributed across the ship's network to smaller computers. This orchestration has allowed the ship to continue for a period of time and the issues happening around the ship are the consequence of those smaller compute nodes failing due to being overloaded for a long period of time.

Let's break this down. Instead of installing one big computer to control everything, the ship's designers distributed a bunch of smaller ones across the ship to distribute the load, everything from opening doors to monitoring the reactor. These small to mid-sized units are called slave nodes. These are all connected by small units called master nodes also distributed across the ship. The functions of the ship are orchestrated across many computers instead of focused in one.

Orchestration makes a very robust and reliable system. It allows the system to lose processing units and continue its course without any troubles.

To accomplish this the software running in the slave nodes is able to run in any of them, e.g. a process to control the doors running in a small unit can run in a midsize as well and vice versa. The master nodes control which slave node will take up the processes of a given failed slave node. So now we can understand why the spaceship was able to run after one of the slave nodes was destroyed. The master nodes sent to another unit(s) the processes affected by the disaster.

At a basic level, this is what a lot of orchestration frameworks are, a series of master nodes distributing and monitoring the jobs running in the slave nodes.

Here we can see a spaceship with master nodes (in red) and slave nodes (in blue) distributed across the body. 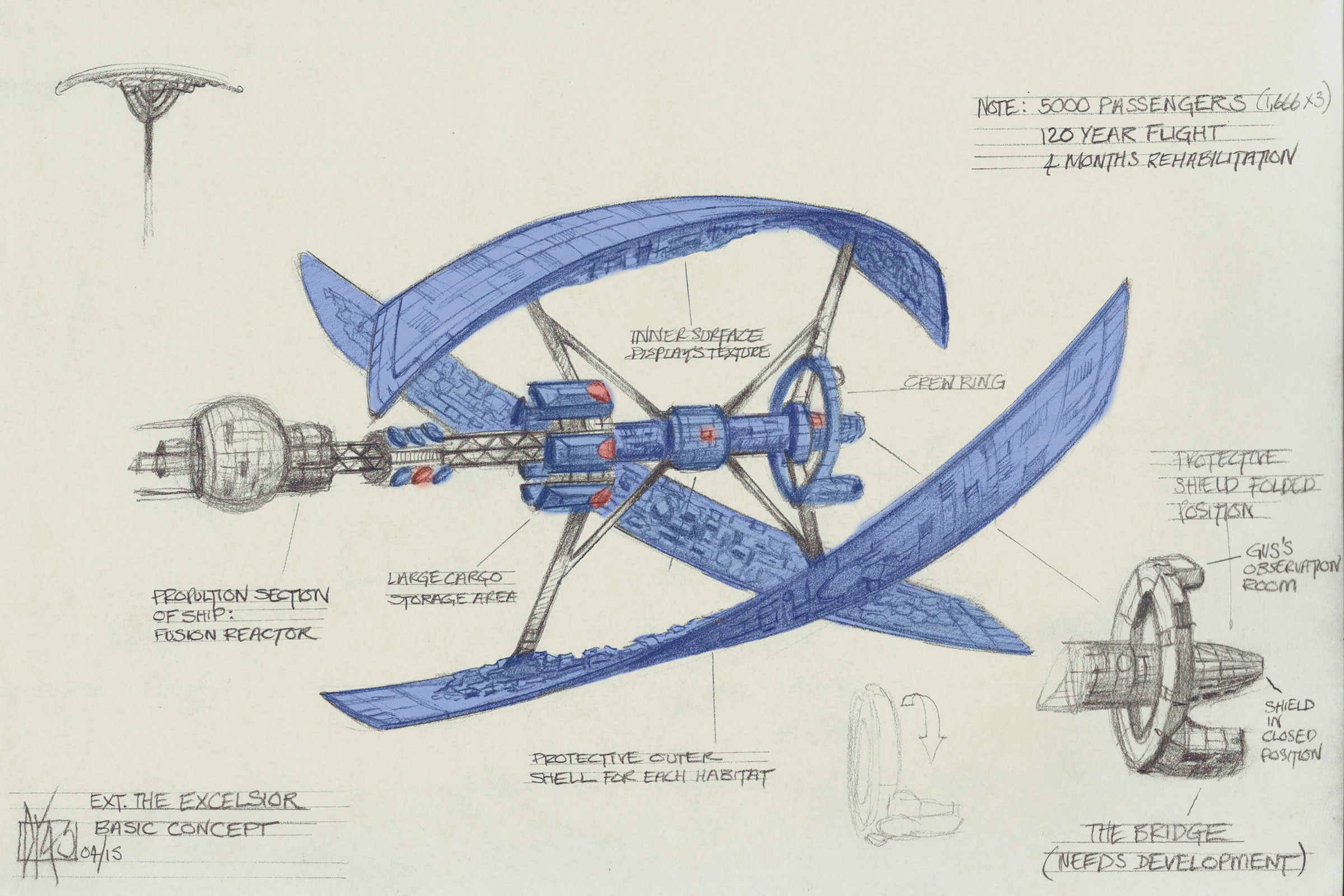 As you can see, since the whole spaceship is a computer there is no weak spot and we can travel through space in a safer way. If necessary, it can even be divided in parts and each part becomes an independent spaceship. The overall advantages of software orchestration in space are huge, not only because of the security aspect, it also simplifies the construction and maintenance of it.

Hope you've found this post useful and have learned what orchestration is and how it can be useful even for reaching other planets 😁.

If you want to go deeper on orchestration, checkout this post